Australia’s relationship with its largest trading partner is in rapid decline.

But the seemingly sudden decline has, in fact, been years in the making. Australia, despite its heavy dependence on China as an export market, remains a vocal critic of China’s growing global influence. Canberra, citing national security concerns, also has denied entry to Chinese academics, and has blocked Chinese bids for major infrastructure projects in Australia.

Two years ago, a similar mismatch of business needs and security fears pushed China and the U.S. into a devastating trade war. With that conflict still unresolved, China’s spiraling relationship with Australia threatens to drag Beijing into another trade feud. On the line is $235 billion in annual trade between the two powers.

The high point in Sino-Aussie relations passed not too long ago.

In 2015, the two sides inked the landmark China Australia Free Trade Agreement (ChAFTA), bringing to a close ten years of negotiations. Under the deal, import duties on 95% of Australia’s exports to China were waived while Chinese investment in Australia’s private sector was subject to less scrutiny than before.

“ChAFTA was the high watermark of Australia-China relations, going back to 1972 when diplomatic relations began,” says Michael Shoebridge, director of the defense, strategy and national security program at the Australian Strategic Policy institute. Trade between Australia and China, which in 2019 was valued at $235 billion, is now more than double the $108 billion it was in 2016.

But the bonhomie was short-lived. In 2017, local media reported that Beijing was buying influence in Australia’s government by tapping Chinese-Australian business leaders to fund local politicians. After the revelation, one senator resigned and the government passed a law targeting foreign interference.

“It wasn’t foreign interference, it was China interference. It was very targeted at one country,” Jakobson says. When the legislation passed, then-Prime Minister Malcom Turnball chose to paraphrase Chairman Mao Zedong’s declaration at the founding of the People’s Republic of China in 1949 and said, in Chinese, that the Australian people had “stood up.”

“That merely brought to a head Beijing’s displeasure with how Australia was handling the situation,” Jakobson says. Diplomatic relations between the two countries have been “basically frozen” since then, she says.

Canberra’s push against perceived interference from China soon targeted technology. In 2018, Canberra blocked Huawei and China’s state-owned ZTE from participating in its national telecoms network, alleging that the two telecoms manufacturers, both based in Shenzhen, posed a national security threat.

“Australia made its decisions well in advance of the U.S. and led that debate,” Shoebridge says. Washington—Huawei’s most vocal opponent—first aired its suspicions about the Chinese tech giant in 2013, but Australia banned Huawei from its 5G rollout a month before the U.S. did. This year Canberra has continued to match Washington’s rhetoric against China.

In April, Australia advocated for an independent international investigation into the origins of COVID-19. Prime Minister Scott Morrison talked about imbuing the World Health Organization with powers similar to those of UN “weapon inspectors,” a suggestion that implied that Beijing had played an active role in the viral spread.

Canberra’s policy approach was too abrasive to gather allies, however, so the government pivoted instead to support a softer resolution brought by the EU to the World Health Authority, which governs the WHO. The resolution called for an independent, international “review” of the virus’ origin and didn’t target China specifically. When the resolution passed, Australia claimed victory; the Chinese embassy said the measure was laughable

“The draft resolution on COVID-19 to be adopted by the World Health Assembly is totally different from Australia’s proposal of an independent international review,” a spokesman for the Chinese embassy in Australia told Reuters. “To claim the WHA’s resolution a vindication of Australia’s call is nothing but a joke.”

China’s ambassador to Australia had earlier warned that if Canberra pursued an investigation into COVID-19, Chinese consumers might begin boycotting Australian imports. But, in the end, it was the Chinese government itself that targeted Australian goods.

In the wake of Beijing’s tariffs and bans, Australian exporters have rushed to find alternative markets while Canberra stokes tensions. Australia blocked the sale of a Japanese-owned drinks subsidiary to a Chinese company, claiming the $430 million deal was “contrary to the national interest” in August.

“The Treasurer hasn’t made clear how [the deal] was contrary to the national interest,” says James Laurenceson, director of the Australia-China Relations Institute at the University of Technology Sydney. Canberra maintains that it hasn’t taken punitive trade action against China. But now, Laurenceson says, “You do have to worry that we’re drifting towards a tit-for-tat trade war.”

China’s trade war with the U.S. is projected to cost the American economy an estimated $316 billion through to the end of this year, with Beijing primarily targeting agricultural imports. The fallout of a trade war could be “catastrophic” for individual Australian companies. But, Laurenceson argues, it could be worse for Beijing.

China is the world’s largest consumer of iron ore, which it processes into steel to support its massive infrastructure projects. Roughly 60% of China’s iron ore supply is from Australia. In the first half of the year, Australia also became China’s No. 1 source for coking coal—used to heat smelting furnaces. Demand for the high-burning fuel surged 67%, despite the continued downturn in relations.

“That’s why Australia has more leverage in the relationship than a lot of narrative suggests,” says Shoebridge. China’s economic action against Australia has so far only targeted “discretionary” goods imports. The $57 billion business of iron ore, gas and coal exports—the bulk value of Australia’s exports to China—have remained untouched.

According to Shoebridge, Australia’s future approach to trade with China will seek to conflate economic and political goals into a single policy, rather than treating them as separate tracks. Such an approach, Shoebridge says, would be in line with “the way China operates.”

One example of that is Beijing’s requirement that foreign companies transfer technology to Chinese partners in order to operate in the domestic market. It was this “forced tech transfer” policy that really initiated the U.S.-China trade war, as Washington feared U.S. companies had given away their edge in tech.

The White House is now imitating the Chinese policy it initially fought against. That’s clear from President Donald Trump’s insistence that TikTok—a popular app owned by Beijing-based Bytedance—be sold to or possibly partner with an American firm to maintain its U.S. operations. It’s not unreasonable to think Australia will pivot in the same way. 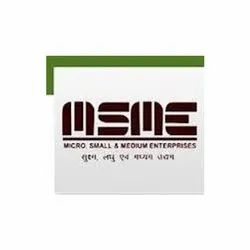 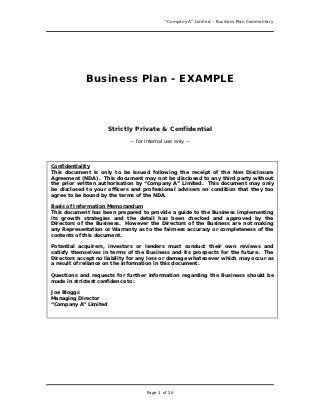 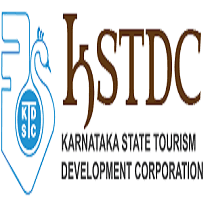