Our mission to help you navigate the new normal is fueled by subscribers. To enjoy unlimited access to our journalism, subscribe today.

China’s best bet for a domestic semiconductor maker could become the latest target in the Trump Administration’s trade war with Beijing.

“The Company is in complete shock and perplexity to the news. Nevertheless, SMIC is open to sincere and transparent communication with the U.S. Government agencies in hope of resolving potential misunderstandings,” SMIC said in a statement Saturday.

On Monday, the Chinese chipmaker’s Hong Kong-listed shares tumbled 22%, wiping out $4 billion in value. Shares in SMIC, which relies on American-made components for production, continue to trade down as of Wednesday.

In a note sent Monday, Morningstar analyst Phelix Lee advised investors to wait out the uncertainty but added that, if a ban does come into place, “the longer-term outlook is inevitably negative.”

Since starting a trade war with China in 2018, the Trump Administration has wielded U.S. dominance in semiconductors as one of its most powerful weapons. The dreaded blacklist has been deployed with devastating effect against Huawei Technologies, which the U.S. has managed to isolate from its most advanced computer chip suppliers.

Founded in 2000, SMIC is Beijing’s answer to the Taiwan-based Taiwan Semiconductor Manufacturing Corp—the world’s largest contract chipmaker and pioneer of the “pure play foundry” business model. A pure play foundry focuses solely on manufacturing, rather than designing and selling its own-brand generic chipsets.

SMIC follows the same business model as TSMC and, in fact, has previously imitated TSMC much too closely. The Shanghai company’s founder is a former TSMC executive, Richard Chang. He left TSMC in 2000 to start SMIC, with backing from the Chinese government. TSMC sued the new venture for theft of trade secrets and patent infringement three years later. SMIC settled for $175 million in 2005 but violated the settlement terms and was sued again in 2006 in a California court, settling once more in 2009.

Richard Thurston, TSMC’s legal counsel at the time, told Fortune during an interview earlier this year that he thought the reason SMIC submitted to the U.S. court’s ruling is because the Chinese company was so dependent on the U.S. market.

“At the time, SMIC was interested in selling in the U.S. so they had to abide by U.S. decisions, but now they sell mainly in China so perhaps today it is harder to prevail against them,” Thurston said. According to its latest annual report, China accounted for 60% of SMIC sales in 2019. But the U.S. is SMIC’s second largest buyer, providing 26% of the chipmaker’s revenue last year, down from 32% in 2018.

Beijing accelerated its push for a domestic semiconductor champion in 2018, after U.S. sanctions brought production lines at China’s state-owned telco manufacturer ZTE to a halt. The sanctions blocked ZTE’s access to U.S. computer chips, alerting China’s officials to the potential danger of over-reliance on the U.S.

Beijing responded by funneling billions of dollars into funds for its domestic chip industry. SMIC raised $2.5 billion in government-led funding in May in preparation for a secondary listing in Shanghai, where it raised $6.6 billion in July. But the war chest has yet to produce a champion.

“It’s not possible for SMIC to surpass TSMC within the next five years,” Brady Wang, an analyst at Counterpoint Research, told Fortune. A semiconductor’s sophistication relates to the space in between each transistor on the chip, measured in nanometers (nm). The smaller the gap, the more advanced the chip.

According to Wang, TSMC will soon begin producing 3nm chips, while SMIC’s most advanced production is just 14nm. That’s not sophisticated enough for A.I., smartphones or autonomous vehicles, Wang says. If SMIC loses access to U.S. components—such as the industrial tools it uses to manufacture semiconductors—catching up will become virtually impossible. 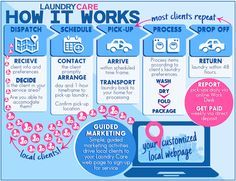